Here’s one I wrote back in August 2015. I had posted it on the facebook forum Women for Women – it garnered quite a response. I thought I’d reproduce it here. 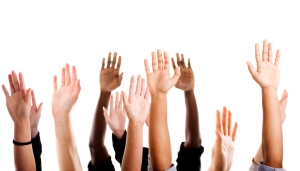 The first time it happened I was very young, around 10 years old. A hyperactive tomboy – always on the go, always singing, always smiling. He was a shopkeeper, a British ex-pat, always very friendly to neighbourhood kids, in retrospect he probably liked a drink or two.

One day I was in his shop browsing some comics when he came up to me. Very close. Too close. I was a friendly child but too close is too close. I didn’t like his smell. And then he grabbed my ‘down there part’ as we quaintly used to call it, and put his mouth on my mouth. The taste was horrible. I had no idea what he was doing. The physical touching was completely alien to me. When I was 10 it was a different time, we didn’t have MTV, we didn’t have Rihanna and Miley Cyrus twerking and gyrating. Down there was purely functional. It’s where you pee from and one day, when you’re grown up and if you want to, you can make a baby from down there. I knew the science, I’d looked it all up in encyclopaedias and seen the diagrams – but it was clinical. The illustrations could’ve been the floor plans of a building to my innocent 10 year old eyes. Sex, hormones – still all unknown.

I knew it was wrong. Not just the smell. Not just the taste. The feeling of being invaded, of doing something that was not right. Instinct I guess. I bit his lip and ran out of the shop throwing the comic in the air.

I wasn’t exceedingly upset. I wasn’t in danger. But I was angry. I knew this somehow linked with what I had felt a few years previously – when a man had flashed me in a doorway while I was on my way to my friend’s house up the road. I’d never seen a grown up’s willy before and certainly not an erect one. I thought ugh, and ran off. I didn’t dwell on it, but I had a feeling I couldn’t put into words – a feeling that ‘that’ shouldn’t have been done. I shouldn’t have been shown that.

10 year old me was angry. So I went and got some eggs and threw them at him when he left the shop to go home. And then I was calm again. Then there was mischief to get up to and swimming to do and Gozo to go to and other things to occupy my mind. The incident wasn’t one that the grown ups needed to know about. It could get complicated – you weren’t supposed to stand up to grown ups. Anyway, 10 year old me had sorted it out.

The next time it happened I was 16. I was where I shouldn’t be. I was ‘at my friend’s house in Gozo’. I wasn’t. I was at a mad mad party. It wasn’t a fun party. It was a drug filled party. Heavy shoot up drugs. I wasn’t comfortable but I was playing it cool. I got talking to a guy who seemed nice, until he locked the bedroom door. Luckily I have the gift of the gab and he was as high as a kite. He was easy to beat up and I got out of there with only a few ‘grabs’ notched up on his metaphorical bedpost. I never told a soul. I was not supposed to be there. It was my fault. I kept quiet. The guy didn’t make old bones. He died of an overdose some years later.

There were other incidents between then and fast forwarding to 20 year old me. You almost took it for granted that men comment in the street. You comment back, you take them by surprise, and then you wear their surprise as a badge of honour. I scared the men! I’m hard! You almost took it for granted that men would pinch your bum in a club, try to cop a boob-feel or elbow your boob while you’re on a bus. There was a bum grabbing incident on a bus once when I was 15, where I managed to grab the grabber’s hand, I held it aloft on the 63 bus and yelled ‘who does this belong to?’ and then laughed like a hyena as an older scruffy man scuttled off the bus while it was still in motion. I wore that badge with pride too. It was a time when you took it for granted. It was a time when women were obliged to wear skirts at work. It was a time when men would ask you ‘when do you plan to have kids?’ in an interview. I’d walk out the interview indignantly, and wear THAT badge with pride too.

It happened again when I was 20. I had a legit job. I didn’t particularly like the job – the boss was sleazy. But my workmates were fun. One time we had to stock-take in a warehouse and we drove together in his car. He tried it on. He hinted at sex about 20 times. I ignored him and then I asked him to desist. I thought you were fun, he said. I am, I told him, just not in the way you mean. The next day I was fired. Your probation is up, he said, we don’t need you any more. We both knew why I was fired. I wanted to sue him. He hadn’t touched me inappropriately – he had only conveniently brushed against me. He had only insinuated things. He had only used very suggestive sexist language. But I wanted to sue. I was livid. I was swayed by a family member of his, a Big Shot. He’s got a daughter, he’s got a wife, his daughter is already giving them many problems, can you imagine what this will do to her? I relented. I liked the daughter. A pretty, spoilt 7 year old – but her parents were shit parents. She didn’t deserve more shit in her life. I let it go.

It’s happened since. I’ve fought back. Mainly violently. It’s not expected so it’s a good weapon. I’ve slapped strangers. I’ve kneed strangers in their balls. I’ve even given a 12 year old kid a bloody nose for grabbing my breast as I walked down Republic Street. I’m going to tell my daddy, he sobbed. Go, I said, and tell him why your nose is bleeding. Maybe he’s learnt his lesson. I sure hope so.

And then there’s the stalker. He’s never physically threatened me, but he’s invaded my space for over 10 years. He’s made me feel vulnerable. He’s made me fearful. What gives men this entitlement? What gives them this ‘permission’, this ‘freedom’ to invade my space. To make me feel things I never asked to feel? OUR SILENCE gives them this right. Our tacit agreement that we are better than this, so we can let it slide. Our silence tells them that it’s OK, it can happen again. It can’t. Ever.

2 thoughts on “Why I Didn’t Speak Up”